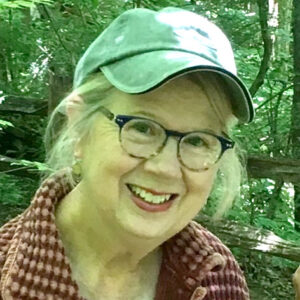 I was born and raised in Greenville, South Carolina, where I attended Wade Hampton High School (named for a Civil War general). I graduated from the University of North Carolina at Chapel Hill, which had a fabulous creative writing program. I had the good fortune to study writing there with the renowned Louis Rubin Jr., who founded Algonquin Press. I also studied with the wonderful writer Max Steele, who was—amazingly—from Greenville, thus introducing me to the idea that yes, writers could and did come from Greenville. From there I went all the way across the country to be a Stegner Fellow at Stanford University. I had the privilege of taking writing workshops with Wallace Stegner, the great man himself, plus I got to house-sit for him one summer in his Los Altos Hills home. I spent five years at Stanford, getting my M.A. and teaching as a Jones Lecturer in Creative Writing. From there—on to Mary Tyler Moore land, Minneapolis, to teach creative writing for two years at the University of Minnesota. I moved to Tacoma, Washington with my former student (yes!), Jeff Alden, where he went to law school, and among other jobs, I waitressed in a Victorian costume at a restaurant called Waverly-by-the-Sea (I got yelled at a lot by the “chef,” a retired military guy).

Jeff and I returned to the Twin Cities in 1980, where he took up practicing law and I taught fiction and memoir courses as an adjunct back at the University of Minnesota for many years, as well as doing short stints at Carleton and St. Olaf colleges, and workshops for the Split Rock Arts Program and the Key West Literary Seminar. All the time I was writing. In addition to The Empty Cell, I’ve published two collections of autobiographical short stories, a memoir, and another novel.

Around 2011, I happened upon “Opera in Greenville” by the British author Rebecca West, whom The New Yorker had sent to Greenville in 1947 to cover the lynching trial of twenty-eight cab drivers. The cabbies had abducted a young Black man, Willie Earle, from the Pickens County jail near Greenville, and beaten, stabbed and shot him to death. Growing up in Greenville, I had never heard of Willie Earle. I was shocked and fascinated by what had occurred in my hometown; I couldn’t get it out of my mind. I began to think of writing a novel about how four ordinary people on the periphery of Willie Earle’s life were changed by what happened to him. The Empty Cell became that story.

Though I had been raised in Greenville, I found I didn’t really know that much about the city, its history and people. Over the next many years, I learned about the Greenville I knew and didn’t know, as I wrote and rewrote my novel. In 2016, things came full circle, when, rather miraculously, I moved back to Greenville! Luckily and happily, Jeff (a native of St. Paul) had always liked Greenville during all our visits, and he was eager to experience another part of the country, the South in particular. He’s currently reading Faulkner . . .