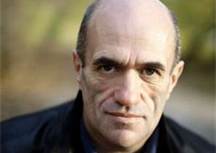 Colm Toibin and “What is Real is Imagined”

In an essay called “What is Real is Imagined” in the July 15, 2012 The New York Times, Colm Tóibín describes being back in the remote place on the Coast of Ireland which his family visited in the summers until he was twelve.  When he passes the house where his family once stayed, it’s his parents’ bedroom he sees in his memory with its iron bed and the cement floor, and the clover he smells is the same as it was in 1967.  Or, as he amends, because he is trying to dream that world of 1967 into existence, “it is sometimes closer now than it ever was.”

It would be easy to exaggerate, he writes, and say that his remembered town is more real than the one that is there now, where almost everything has changed.  But he resists that temptation, saying that clearly what is real is what is there now.  In a beautiful passage, he muses on the difference between what he sees around him and the fiction originating in his memory:

The world that fiction comes from is fragile. It melts into insignificance against the universe of what is clear and visible and known. It persists because it is based on the power of cadence and rhythm in language and these are mysterious and hard to defeat and keep in their place. The difference between fact and fiction is like the difference between land and water.

What occurs as I walk in the town now is nothing much. It is all strange and distant, as well as oddly familiar. What happens, however, when I remember my mother, wearing a red coat, leaving our house in the town on a morning in the winter of 1968, going to work, walking along John Street, Court Street, down Friary Hill, along Friary Place and then across the bottom of Castle Hill toward Slaney Place and across the bridge into Templeshannon, is powerful and compelling. It brings with it a sort of music and a strange need. A need to write down what is happening in her mind and to give that writing a rhythm and a sound that will come from the nervous system rather than the mind, and will, ideally, resonate within the nervous system of anyone who reads it.

In his book Power in Writing, Peter Elbow was perhaps trying to get at the same thing, though less eloquently.  He talked about the central characteristic of “real voice” being that “the words somehow issue from the writer’s center—even if in a slippery way—and produce resonance which gets the words more powerfully to a reader’s center.”  Tóibín speaks of writing as “a sort of music…a rhythm and a sound.”  What writers and readers respond to is often the cadence, rhythm, and tone of language.  The writer listens to the sound of the sentences to see if they ring true, not in a factual sense but in the sense of resonating with whatever inchoate vision is trying to come into being. Maybe they ring true in the body.

Tóibín goes on to describe the process of developing the character based on his mother:

I don’t know what she thought, of course, so I have to imagine. In doing so, I use certain and uncertain facts, but I add to the person I remember or have invented. Also, I take things away. This is a slow process and it is not simple. I give my mother a singing voice, for example, which she did not have. The shape of the story requires that she have a singing voice; it is the shape of the story rather than the shape of life that dictates what is added and excised.

But the singing voice is a mere detail in a large texture of a self that gradually comes alive — enough to seem wholly invented and fully imagined, although based on what was once real.

The demands of the story, not an allegiance to memory, become the driver.  “The story has a shape, and that comes first, and then the story and its shape need substance and nourishment from the haunting past, clear memories or incidents suddenly remembered or invented, erased or enriched. Then the phrases and sentences begin, another day’s work.”

It’s interesting that although he can imagine or change details about his mother in creating a fully realized character, he has to get the details of the house exactly as they were in the 1960s when they lived there.

All the rooms, however, are really real, as real as they once were. The rooms in our house in the town must be there still, but it is how they were in the late 1960s that matters to me now and that I can reconstruct in the sort of detail which gives me satisfaction and makes me forget myself. Conjuring them requires me to work with the sentences and their shape. The more I remember accurately, the more easily phrases come and the more accurate they seem when I reread them at night and again in the morning.

Later in the piece he says:

If I tried to write about a lighthouse and used one that I had never seen and did not know, it would show in the sentences. Nothing would work; it would have no resonance for me, or for anyone else. If I made up a mother and put her in another town, a town I had never seen, I wouldn’t bother working at all. I would turn to drink, or just sit at home, or run for election. If I had to stick to the facts, the bare truth of things, that would be no use either. It would be thin and strange, as yesterday seems thin and strange, or indeed today.

I found this a little disturbing when I first read it, as if he was saying that fiction has to be grounded in autobiographical detail.  I hope and assume he is referring only to what he is currently writing, which must originate in this Irish sea town where he spent his youth.  Maybe he is saying that in this work-in-progress, which he doesn’t refer to directly in the Times piece, he feels that the resonance of the material must come from what he has directly experienced.  The feelings reside in those places and things, and in getting them right, he is able to get the feelings down on the page.

I do think it’s interesting that he describes making up details and sticking to the “bare truth of things” as ways of writing that won’t do.  But in his historical novel The Master, Tóibín imagines his way into the life and times of Henry James.  He obviously had no autobiographical details to call on, no mother walking on John Street in a red coat.  But he had his life, his body, his feelings, his imagination, and a huge amount of source material on James, which he acknowledges at the end of the book.

So let’s not say that fiction has to be grounded in accurate memory of details one has actually experienced!

From The Master: Chapter One: January 1895

Sometimes in the night he dreamed about the dead—familiar faces and the others, half-forgotten ones, fleetingly summoned up.  Now as he woke, it was, he imagined, an hour or more before the dawn: there would be no sound or movement for several hours.  He touched the muscles on his neck which had become stiff; to his fingers they seemed unyielding and solid but not painful.  As he moved his head, he could hear the muscles creaking.  I am like an old door, he said to himself.

You can hear him imagining his way into Henry James’s body and mind in this opening passage. What Tóibín imagines becomes what is real and what is real is what is imagined.  Maybe he wrote by listening to the sentences, giving the writing “a rhythm and a sound” that he hoped would resonate from his nervous system to the nervous system of anyone who would read his words.

You can read Tóibín’s “What is Real is Imagined” at http://opinionator.blogs.nytimes.com/2012/07/14/what-is-real-is-imagined/