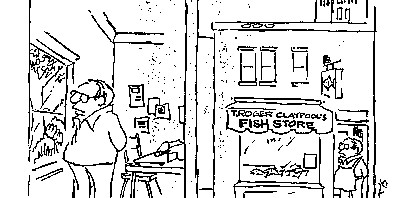 In my last blog, One Big (Dictated) Whine, I mentioned feeling stuck on the next section of my novel, and that I needed to wait until a voice started up to begin writing. Writing waiting always makes me nervous. After all, maybe it’s just plain old procrastination or laziness, or horrors, the dreaded writer’s block. Maybe I should just make myself do it. And sometimes that is necessary and works. You just start, and something comes. But I’ve been writing a long time, and struggling with writing a long time, and I have kind of learned when waiting is okay. We could even say that there are times when waiting is the best thing.

These thoughts on waiting brought to mind an article I hadn’t read in a long time, called “The Essential Delay: When Writers Block Isn’t,” by Donald M. Murray, who was a distinguished professor of English at the University of New Hampshire and died in 2006. The essay is in a collection called When a Writer Can’t Write, edited by Mike Rose, which is out of print (though some copies are available on Amazon); the Murray article is not available separately on the Internet.  You might be interested in the other articles in the book but they are more directed towards academic writing and teaching composition. I e-mailed Mike Rose to inquire if he would be willing and able to grant me permission to make the article available to you via a scanned attachment. What a swell guy!  He has an impressive career going writing books and articles on language, literary and cognition; check him out at http://www.mikerosebooks.com/Site/Welcome.html. He wrote right back that I could do with the article as I wished, so if you send me an email, either at pbalden@aol.com, or via my website contact form, I will email you the article as an attachment.

Murray makes a strong case that delay precedes effective writing. The essay is chock-full of wonderful quotes from writers such as Virginia Woolf, Kafka,  Hemingway, and many others, all testifying to the importance of waiting. He acknowledges the anxiety waiting creates, and that there is no certainty that the waiting will be productive.  Yet the experienced writer knows that sometimes you have to wait for something to form, and it seems to me that you can trust this as part of the process.

Murray feels there are five things the writer needs to know – or feel – before beginning to write.  Since I did wait, then began writing yesterday, thank goodness, it’s interesting for me to see how my own experience fits into his five categories.

#1. INFORMATION:  “Amateurs try to write with words; professionals write with information. They collect warehouses full of information, far more than they need,  so much information that its sheer abundance makes the need for meaning and order insistent.” This made total sense to me and indeed, as part of my waiting to write the voice of a new character, I went back to my storehouse of notes and research and tanked up again on the murder and trial of Willie Earle. It got me excited again about the project, and my little brain began to try to order and speak it.  If your project doesn’t involve research, you can do prewriting exercises, such as clustering or writing key words before trying to compose.  And reading someone else’s words will sometimes really kick-start your own writing (if it doesn’t take over…).

#2.  INSIGHT: Here Murray talks about something vaguer than a eureka moment where you suddenly grasp the whole gestalt in a lightning flash. “The insight is not often a thesis statement; it is less formed than that. It is a figure seen in a fog, a fragile relationship between facts, a sketch, a hint, a feeling, a guess, a question.”  My problem was where to start: I was overwhelmed by all the possible first sentences!  I think the first sentence is incredibly important, worth waiting on and I don’t like to start until I have a first sentence that strikes a key note and that will lead to a second sentence and so on. I have to admit I cheated a little. The lawyer section in the novel that is serving as my model, The Sweet Hereafter, starts with the one word question, “Angry?” And from that the whole personality of the character and the situation flow.  I used just such a question to get started myself.  My first sentence is “Am I bitter?”  That really launched my character for me, as he reflects on the failure of the trial to convict the lynchers. I don’t know if I’ll keep it, but to launch a first draft, it worked for me.  I soon had written 1200 words, and I stopped there, when I knew what would come next (which is not to say I wasn’t a little uncertain about it; uncertainty is a given in writing).

#3.  ORDER:  Here he’s talking about structure and organization.  “Experienced writers refuse to leave on a trip through a draft without a map.  The map may be in the head or on paper, but the writer needs a sense of destination.”  I already had a rough outline.  I had mapped out the sequence of events I wanted my character to talk about and experience in his section.  “Lawton’s Sequence” I call it, and I would feel unprepared to start writing without it.  I don’t trust that I can hold all I want to cover in my head, or that it will come out in some kind of order.  I may very well change it as I go along, but I like having the sequence mapped out so I can refer to it as I go along.

#4.  NEED:  “Writers often delay beginning a draft until they feel a need to write.  This need usually has two parts: the internal need of the writer to speak, and the perceived need of readers to listen…We delay writing until we can find the need to write…The writer must also have a sense of need outside of the writer, that there is a reader who has to know what the writer says.  In waiting to begin a draft, the writer is also waiting to see a reader, a person who needs what will be written.  But we write for ourselves first, and others afterward; we must need to write and need to be read.” This is very interesting.  For me waiting has to do with letting that need to speak build up.  I read through material, I prime the pump, I think about the character and situation, I take a walk and let a voice begin speaking in my head, and eventually I just need to start writing—the pressure builds up.  As for the reader, I think that is me, myself and I!  I am writing something that I myself want to read, and I’m the only one who can write it. I want to see how it will come out. Of course I hope others will read it, and I do carry a sense of my “perfect reader” out there in readerland internally but I think I am both the writer and the reader.  I sometimes tell people, Write the book YOU want to read.

#5.  VOICE:  My favorite.  “An effective piece of writing creates the illusion of a writer speaking to a reader.  The language, although written, sounds as if it were spoken. Speech is the glue that holds the piece together.  The writing voice provides the intensity that captures the reader; the voice provides the music and grace and surprise that keeps the reader interested; the voice communicates the emotion and the mood that makes the reader involved.”  I admit this appears easier in a first person narrative, fiction or non-fiction.  But even in third person or omniscient, there is a voice telling the tale.  And you listen for it, both as the writer and the reader. With my new novel section, the “spoken” words, “Am I bitter?” connected to the emotion of the character and also gave me somewhere to go—the answer to that question, which I hope will take about 20,000 words more or less.  By the way,  I have an article called “Voice Lessons” under the “Articles by Paulette” on the menu of my main website.

I hope something here has been of interest or even helpful to you.  I wonder if you have any stories about waiting/writing.  I’d love to hear them.

Let’s let Joyce Carol Oates, that MOST prolific of writers, have the last word:  “I spend a great deal of time simply walking around, sitting, day-dreaming, going through the motions of an ordinary life with—I suspect—an abstracted, dreaming, rather blank expression on my face.”