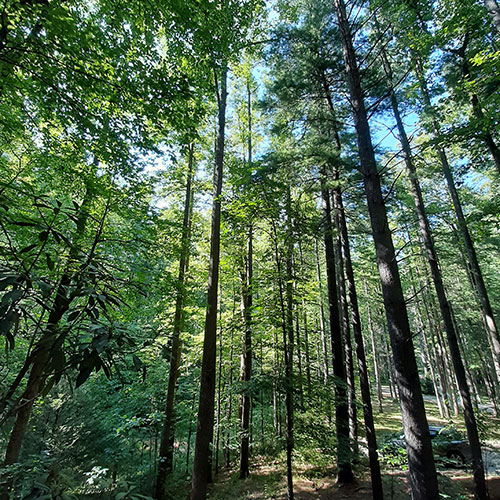 Just as humor is a saving grace in life itself, so can it be in writing.  Granted, life is serious, writing is serious, WE are serious, but we can also be funny sometimes, if we let ourselves.  There are definitely plenty of things that just are not funny and it would be insane to try to make them so.  But what I’m interested in is expanding or stretching the range of your voice so that when the time is right, when something has some comic, ironic, absurd or just “light” possibilities, you’ll be ready.  Also, just inviting you to practice hitting this note, so to speak, might open up some writing possibilities for you you’re overlooking.  You might actually find a voice or tone you can use by consciously trying on something you don’t normally do.  Opening up this aspect of your personality more in writing might allow you to write things you wouldn’t otherwise write.  And that would be good.

Certain situations or experiences lend themselves to humor, but humor can also come from a worldview or personality trait.  Some people see the world as basically absurd, or themselves as basically absurd (or if not absurd, at least they recognize the humorous potential), and then everything comes out that way more or less.  But for most of us, we tend to see things pretty straight and serious, and so we may have to look for moments or memories or situations that lend themselves to a little light humorous treatment.  When I was writing my memoir, Crossing the Moon, I knew I wanted it to be funny and sad, sad and funny.  It’s about ambivalence about motherhood, infertility, and finally not being able to get pregnant, which was sad for me at the time.  But I didn’t want to present myself as a victim or depressed or dreary.  So I looked for places where I could be, if not funny, at least light.  It was important to me to have that side of myself in a book that could be such a downer.  I looked for places where I could lift the mood.

Actually, they’re everywhere, these situations or moments in which something is wry or slightly (or greatly) ridiculous, including oneself.  And being funny or sharp often involves being energized, which can make the writing have more punch, flair.  It can also give us good practice in considering the needs of the reader, because we become more conscious of actually needing to be entertaining, that we’re “performing” to some extent for someone, the reader.   Also, using some self-deprecating humor doesn’t mean that that’s the only note you can strike in any given piece. It might just provide a little spice.  And I’m not necessarily talking about knee-slapping humor here; it can be light and subtle, a part of the overall texture of the voice, or just a pinch somewhere like a bit of cinnamon, even in a basically serious piece. It’s part of your human self, really – humor.  So make it a part of your writing when it’s appropriate.

“My parents’ marriage was, it’s safe to say, less than happy.  They stayed together for the sake of their children and for want of hope that divorce would make them any happier.  As long as my father was working, they enjoyed autonomy in their respective fiefdoms of home and workplace, but after he retired, in 1981, they commenced a round-the-clock performance of ‘No Exit’ in their comfortably furnished suburban house.  I arrived for brief visits like a U.N. peacekeeping force to which each side passionately presented its case against the other.”

From “My Father’s Brain,” a personal essay by Jonathan Franzen  in How to be Alone

“I had made several unsuccessful attempts to lose my virginity at Duke, and Harvard had begun to seem like a possible solution.

My roommate at Duke was named Darlene.  Darlene was an angular, good-looking girl with sharp cheekbones and black hair cut in a smooth pageboy that swayed when she moved.

She had been coaching me on the loss of my virginity.  In high school I had read an article that said sperm could swim right through your underpants, so, whenever I got close to intercourse with a boy, I imagined microscopic tadpoles swimming desperately through cotton fibers the size of the columns at Stonehenge.  And I was distracted by other thoughts: germs swim back and forth between mouths; the tongue is a muscle and disappears down the back of the throat, so what is it attached to?

“I want to be normal,” I kept saying to Darlene.  “I want to lose my normal virginity.  Normally.”

“I fixed you up with Don.  He doesn’t have any experience either.  You can learn together.”

“Darlene, how could that be a good idea?”

So Darlene arranged for this boy named Don to take me to dinner at a restaurant called Chicken in the Rough.  The restaurant’s logo was a long-legged chicken in a tam-o’-shanter swinging a golf club.  Sitting in one of the dark red booths, I felt as if I were in a dentist’s waiting room….

In the bathroom I confronted the most serious obstacle to the loss of my virginity: under my skirt I was wearing a panty girdle.  I hadn’t really meant to wear the girdle, but when I was dressing I kept hearing my mother’s voice saying, Any woman looks better in a girdle, so I’d put it on experimentally, and it felt so secure, so bracing, that I’d left it on.  Now I didn’t know what to do about it.  I considered taking it off, but it was too bulky for the pocket of my trenchcoat.

What I did have in the pocket of my trenchcoat was a Norform vaginal suppository that Darlene had given me to insert “just before intercourse.”  It was supposed to lubricate me, a word that made me feel like a car.  But when was “just before intercourse”?  After I peed, I inserted the suppository and pulled the girdle back into place, feeling deeply relieved.  The girdle meant I couldn’t make love, but the suppository meant I sincerely wanted to.”

from The Revolution of Little Girls,  a novel by Blanche Boyd

“And what does one do on Easter? Would anyone like to tell us?”

The Italian nanny was attempting to answer the question when the Moroccan student interrupted, shouting, “Excuse me, but what’s an Easter?”

Despite her having grown up in a Muslim country, it seemed she might have heard it mentioned once or twice, but no. “I mean it,” she said. “I have no idea what you people are talking about.”

The teacher then called upon the rest of us to explain.

The Poles led the charge to the best of their ability. “It is,” said one, “a party for the little boy of God who call his self Jesus and . . . oh, shit.” She faltered, and her fellow countryman came to her aid.

The rest of the class jumped in, offering bits of information that would have given the pope an aneurysm.

“He die one day, and then he go above of my head to live with your father.”

“He weared the long hair, and after he died, the first day he come back here for to say hello to the peoples.”

“He make the good things, and on the Easter we be sad because somebody makes him dead today.”

“I had a boyfriend my sophomore year of college who wanted to marry me.  After we graduated, of course…What Bill and I had in common, besides our profound youth, was a great desire to please our parents.  My parents loved Bill Nelson. He was everything they hoped for in a future son-in-law.  I loved Bill Nelson—at least I thought I did.  I loved it that he matched my parents’ expectations, which I still assumed were my own…I was well away of what was valued, acceptable, respectable, approved.  Bill fit the bill.

The moment came, however, when I threw it all over. This was the moment when I began to turn away from motherhood, though I didn’t know it at the time. I just thought I was dumping Bill.  In a way it was like one of those Frankenstein monster stories where a previously inanimate form springs to life and takes over. This was the moment when my real self made herself known, and her first word was ‘no.’

from Crossing the Moon, a memoir by Paulette Alden

“How to be a Writer”

“First, try to be something, anything else. A movie star/astronaut.  A movie star/missionary.  A movie star/kindergarten teacher. President of the World.  Fail miserably.  It is best if you start at an early age—say, fourteen.  Early, critical disillusionment is necessary so that at fifteen you can write long haiku sequences about thwarted desire. It is a pond, a cherry blossom, a wind brushing against sparrow wing leaving for mountain.  Count the syllables.  Show it to your mom.  She is tough and practical.  She has a son in Vietnam and a husband who may be having an affair.  She believes in wearing brown because it hides spots.  She’ll look briefly at your writing, then back up at you with a face blank as a donut.  She’ll say: ‘How about emptying the dishwasher?’ Look away. Shove the forks in the fork drawer.  Accidentally break one of the freebie gas station glasses. This is the required pain and suffering.  This is only for starters.”

From “How to Become a Writer,” a short story by Lorrie Moore

“My legal name is Alexander Perchov. But all of my many friends dub me Alex, because that is a more flaccid-to-utter version of my legal name. Mother dubs me Alexi-stop-spleening me!, because I am always spleening her.  If you want to know why I am always spleening her, it is because I am always elsewhere with my friends, and disseminating so much currency, and performing so many things that can spleen a mother.  Father used to dub me Shapka, for the fur hat I would don even in the summer month. He ceased dubbing me that because I ordered him to cease dubbing me that.  It sounded boyish to me, and I have always thought of myself as very potent and generative.  I have many many girls, believe me, and they all have a different name for me.  One dubs me Baby, not because I am a baby, but because she attends to me.  Another dubs me All Night.  Do you want to know why?…”

From Everything is Illuminated, a novel by Jonathan Safran Foer

Experiment:  Choose to see yourself as a “character”  (in both senses of the word) and write a little piece in which you view yourself or life humorously or self-deprecatingly, perhaps from an absurdist point of view.  Try for something that will amuse or wake-up the reader, something offbeat and original.  It might be based on something that is a part of your life right now, or a situation you found yourself in recently which you can certainly see has its absurd elements; it might be you viewing some aspect of your life as quirky or a little weird, and exploiting the potential in that at your own expense; it might be based on a past experience, when you were a young (but cute) fool.  Or you might take one of your obsessions and poke a little fun at it.