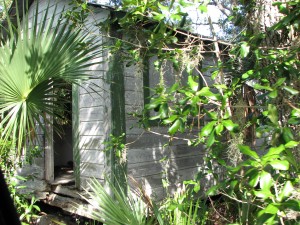 I’m reading the new Russell Banks’ novel, Lost Memory of Skin, and I’m pretty enthralled with it. I’ll review it here when I’ve finished it.  It’s about a young man known as The Kid who has done time for a sex crime (apparently sex with an underage girl, but I’m only halfway through and it hasn’t been fully revealed yet), has to wear a GPS monitoring device, and can’t live within 2,500 feet of anywhere children might gather—which reduces him to living under a south Florida causeway with other sex offenders.  A sociology Professor doing research on homelessness and sex offenders befriends him…but that’s as far as I’m going to go now with the plot, because that’s as far as I’ve gotten in the book.

I am a big fan of Banks’ robust writing.  I’m conscious as I’m reading Lost Memory of how much I’m enjoying the physical descriptions of people and places, especially how he evokes south Florida, and not the places tourists usually go.  Here, for example, is part of the description of Benbow’s, an old squatters fish camp on Anaconda Key near the sewage treatment plant where the Professor has gone seeking The Kid, who has been run out of his “home” under the causeway by a police raid:

“Beyond the clearing, scattered in the shade of live oaks and palm trees, in no evident pattern and to no recognizable purpose, are a half-dozen unpainted shanties and low, shedlike buildings with corrugated iron roofs. It’s a random-seeming collection of old handmade buildings, most of them windowless and half-open to the elements.  Beyond the buildings a rusted, dented, twenty-foot Airstream house-trailer with flattened tires has been set on cinder blocks.  A hand-painted wooden plaque with the name Benbow is bolted to the aluminum outer wall above the entrance.”

I love this kind of carefully observed physical detail.  Even as I was reading I noticed how pinned to the page I was by it.  Henry James had a term, “weak specification,” where the details are so general, imprecise or vague that the mind skims over the page. Banks’ writing is the exact opposite of weak specification. When I read him, I am seeing so clearly what he describes that I experience a couple of kinds of pleasure.  One is just “being there,” feeling my eyes and mind fully engaged by what he is making me see.  Another pleasure going on at the same time is admiring the actual writing itself.  I noted those flat tires on the Airstream and how they amplified and intensified my ability to see that rusted, dented Airstream trailer, making it all the more vivid, helping me visualize it all the more particularly.  Thinking about the description now, I’d say the description as Banks finalized it is an A description; a B description would be a rusted, dented, twenty-foot Airstream house-trailer… (sans flat tire and cinder blocks); a C description would simply say an old Airstream house-trailer…; and uh oh, a D description would be an old trailer…. Beyond that is writer’s block or should be.

On the next page I marked the following description to study:

“Keeping their backs to him, as if they haven’t heard his van ease over the crushed coral to a stop barely twenty feet away, two men, one with a shaved head, the other with long, lank, silver-gray hair, lean against the plank, drinking beer from cans.  They are scrawny men the same approximate age as the Professor with arms, shoulders, and necks smattered with ancient tattoos too faded and wrinkled to decipher.  They are both shirtless, wearing cutoffs, and barefoot, their slack-skinned bodies tanned the color of old bricks.  The bald man has bright blue eyes and smokes a large, yellowed meerschaum pipe; the other wears a stringy billy-goat beard and a large gold hoop in his left ear and jangled sets of gold bracelets on his wrists.  The TV screen is blank, but both men watch it intently as if it’s the seventh game of the World Series.  The Professor decides that the man with the pipe is Boom-Boom Benbow; the one with the gold is Trinidad Bob. A pair of permanently stalled Vietnam vets.”

I hardly know where to start I love so many details in this short description.  The faded and wrinkled tattoos, their brick colored slack-skinned bodies, that shaved head and the long, lank, silver-gray hair.  How they’re barefoot, wearing cutoffs of course, scrawny and shirtless, and how they stare at that blank TV while drinking beer. I love the blank TV.  I love the verb “smattered.”  I love the large, yellowed meerschaum pipe.

Reading it initially, I had seen the two men Banks described so clearly that in truth, they were more vivid than the real people I actually saw in person that day.  Maybe that’s a lot of what reading and writing are about: that intensification of experience, the way good writing can create pictures and worlds more vivid and interesting (let’s face it) than real life.  Again, I felt that pleasure in and admiration of the writing, and I wished I could write like that.

Reading about Benbow’s and these two guys I can feel the sand under my feet, smell the Bay, the stench of old fish and shrimp, the sewage plant nearby, and feel the humidity, heat and ennui of the afternoon.  But the description I just wrote would only be about a B-/C+ description.  Compare to Banks: “The Professor eases himself from his van to the ground, and a wave of sweat instantly sweeps down his broad face into his beard.  The sweet smell of woodsmoke and the damp salt smell off the briny Bay and open sea beyond mingle in the sulfurous breeze that wafts across the Key from the sewage treatment plant.”

In my own weak defense, mine is just a first draft off the top of my head, and hey, I’m no Russell Banks.  But it does cause me to noodle on how one comes closer to writing like Banks.

I think the answer is easy: hard work.  I remember when Phillip Lopate, reading a draft of my memoir Crossing the Moon as part of the Loft mentor series, wrote in the margin of some passage, “Try harder.”

I don’t know if Banks had to try harder.  But I have to.  For a description like that of Benbow’s or the two vets, I’d have to go through draft after draft trying to drill down to more original, precise, sensory detail.  For me it wouldn’t come in first, second, or even third draft.  But it would get better each time I tried harder.  I would start with a sketch in my mind, a general description and then over time and several drafts, I would bring it into sharper focus with more distinctive detail that forced the eyes to see, the ears to hear, the nose to smell–not just skim over.  I would observe people as I went about my daily life to find that long, lank, silver-gray hair or stringy billy-goat beard.  I would visit Benbow’s or a place like it in person if I could or in photographs, and then again in my imagination, being there in the writing as, like the Professor, I got out of my car.

I wonder how other writers—how you, for example—make your descriptions strong, spot-on, irresistible?  Do you have any tricks up your sleeve?  Does it just come naturally to you?  Do you have to have experienced or seen what you’re describing?  Do you have to try harder?  What works for you?  Inquiring minds want to know… 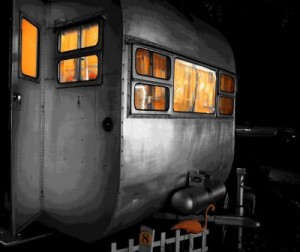