Writing about Other People in Autobiographical Writing

One of the things that comes up a lot when people are writing memoir or autobiographical stories is other people– those you’re now exposing to the world: your parents who, let’s face it, could have done a better job; your children whom you love dearly but who obviously inherited a few errant genes; your relatives whom you will still have to see for Christmas dinner;  your lover who texted you to break up;  your long suffering spouse who now has his sperm count in print; your friends who hadn’t realized you were taking notes; your enemies who got off lucky considering what you could have said…

I’ve had some experience with some of this myself.  I called my first book “autobiographical fiction,” hoping that would give me cover for what was basically almost pure autobiography.  I told myself it was sorta fiction, in that I was shaping the material into short stories, and, hey, one story was completely made-up.  This was before memoir was so prevalent, and I wouldn’t have been able to write the stories that way anyway.  I needed the cover.

But after Feeding the Eagles was accepted for publication, I had to face the music.  I had to show my parents and sister the horrible things I had written about them. Actually, I didn’t know if anything was really horrible.  To me the “material” had moved out of the personal into a different sphere, which I considered literature.  At least it was literature I aspired to.  And when I thought about audience, I imagined readers a few states over who didn’t know me.

The story in the collection that worried me the most was called “The Batsons of Brown and Batson.”  It should have been called “The Bates of Byrum and Bates.”  We were the Bates, and Byrum and Bates had been my father’s radio and TV store on North Main Street in Greenville, S.C.   For many years when I was growing up my father’s store was prosperous.   But then things changed as things tend to do.  The mall opened,  there was more competition, I think Japan started making TVs – I don’t quite know, because I was hiding out in graduate school all the way across the country, not wanting to know too much about what was going on at home.  What was happening was that my parents were in the process of losing everything: the house, the cabin, the store.    So naturally I had to write a story about it.  Here’s what I wrote (cleverly disguised as the character “Miriam”) about coming home after my parents had had to sell our big house on Paris Mountain and had saved a few things for a last trip until I got home:

“The new owners, the Hardings, had spent a lot of time in Turkey. Over my mother’s wall-to-wall carpets, they had laid their own Persian rugs. My room was a sewing room. I kept my dark glasses on for the tour. Tears streamed down my face, and I had a bleery impression of a lot of brass.”

My parents did not discuss their business in public.  To my mother especially, it seemed important at the time to keep up a good front.  Maybe that was what allowed her to go on.  Here’s how I put it in the story:

“To explain to people what had happened to them, my mother said that they had sold their big house because it was ‘just too big for the two of them,’ and that they were living in the Funderburk house ‘until they could decide where to build.’ Standing beside my mother at the Winn Dixie or in Belks, hearing her deliver these lines so smoothly, I fell into a trance. I was almost a believer myself. Later, when I confronted her about it, she hissed at me, ‘I have to live in this town, even if you don’t.’ Later she said sorrowfully, ‘I just couldn’t stand to have someone come up to me on the street and feel sorry for us!’”

It was a big, dark secret, and I wrote a story about it, and it was going to be published.  Undoubtedly people in Greenville would read it.  What I had worked for and longed for, to have my collection of stories published, came with a price: a deeply uncomfortable feeling in the pit of my stomach.  I loved my parents and I hadn’t trashed them.  I had just revealed stuff that I knew was private.  It’s a dilemma that writers often face.  If you don’t write about what is most painful or troubling to you, you may not be writing what you want to write or even should be writing, maybe your best material.

I did show the book to my parents before it was published. I don’t think my father read it.  I don’t think he ever read a book and he had had the attitude towards me my whole life that anything I did was fine with him.  But my mother was, as I later wrote, “the keeper of the rules, guardian of society’s niceties.  Her battle cry when we were growing up had been What will people think? Which was maybe why I had written a book that would really give people something to talk about.”

I wrote in my next book, an actual memoir, Crossing the Moon, about this experience of having to show the short story collection to my family before it came out.  (Apparently everything is fodder.) 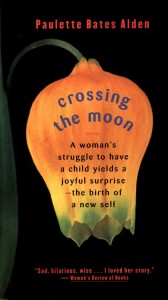 “’Maybe they [my folks] won’t see it at all the way you do,’ my writing pal Sasha consoled me. ‘Maybe they’ll be glad not to see themselves portrayed even worse.’

That thought had never occurred to me.

I lay in bed with Jeff. He was reading; I was brooding. ‘I read that Annie Dillard let her family read her new memoir before she published it,’ I spoke into the air. ‘She said she’d let them censor anything that was in it.’ I shook my head. Maybe Annie Dillard was a much better person than I.

‘If you let your family censor whatever you write,’ Jeff said, ‘you wouldn’t write anything.’”

I did send the galley to my mother in S.C., and here’s the way I described our phone conversation in Crossing the Moon

I was reading a world in her voice, every pause, every inflection. I could tell I was probably home-free.

‘Well, what did you like about it,’ I said, and I found I was grinning, out of happiness at finally confronting this moment.

‘Well,’ my mother said, ‘I think you write with a lot of feeling. I found myself laughing and crying.’

That didn’t surprise me. It was, after all, the history of our family.

There was a significant pause. ‘The sex.’

The sex, I thought. What sex?’

‘Ohhhh, that!’ I said finally. ‘The sexxxxx. Well, that part’s all made up. That part’s fiction!”

My mother laughed. I laughed. It was a nice moment.

When I asked my mother about the parts in the collection that I saw as particularly sticky, like “The Batsons of Brown and Batson,” she said, “I think you told the truth.”  I had underestimated my mother.   Time had passed, my parents had survived and my mother was proud of me.

I admit this was not the hard stuff some writers have to face.  But it was hard for me at the time.  I think every writer has to wrestle with this in his or her own way.  There’s no one size fits all.

When this issue comes up I often give my students this passage from David Huddle’s wonderful essay “Memory’s Power,” from his collection of essays on the writing life, The Writing Habit: 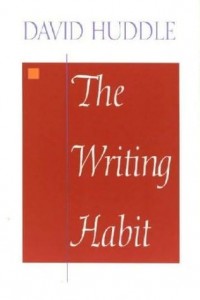 “Writing autobiographically involves not only revealing ourselves to the world–which although frightening is also a little bit thrilling–but also writing about others…Diplomatic relations can be strained. There can be a lot of trouble. I remember Peter Taylor’s sheepish look when he told of his father meeting him at the airport once to tell Peter that if he’d been around when the father read that story that Peter’d just published somewhere about Aunt So-And-so, the father would have punched him in the face. I have a sickening memory of a telephone conversation I had with my parents just after they’d read a story of mine, about Vietnam, which was published in Esquire while my younger brother was stationed at Cam Ranh Bay. My own personal record is not exemplary, but in spite of my record, my obvious hypocrisy notwithstanding, I think I have good advice to offer: I believe the writer must do whatever he can to avoid such trouble, to keep from hurting feelings, but I believe finally he cannot allow the opinions and feelings of others to stop or to interfere with his writing. Maybe this is the ultimate selfishness, to say that one’s own work is more important than the feelings of family and friends. Autobiographical writing will bring you to the point of having to make not just one but a number of hard choices between the life and the work.”