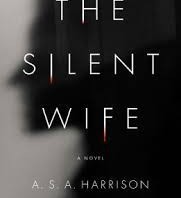 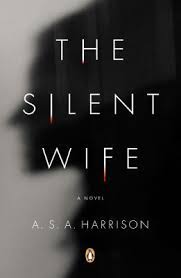 I first became interested in The Silent Wife in when I read an August 4th, 2013  piece in The New York Times. The article described how the novel—a “sleeper,” written by an “unknown” Toronto writer and released as a paperback original (as opposed to a hardcover, which signals the publisher intends to push the book)–had vaulted its way onto The New York Times best-seller list. The book received some crucial attention from a handful of reviewers, and caught on via word of mouth.

I read that the author, A.S. A. Harrison, had died of cancer at 65, a few weeks before The Silent Wife was published. She was aware that numerous other countries had bought publishing rights and she knew the book was getting wonderful endorsements from other authors. It is sad to think that she didn’t live to see her novel receive the acclaim that it has garnered. But I imagine she knew how good the book is. You can’t write a novel this accomplished without knowing it.

The Silent Wife has been compared to Gone Girl, by Gillian Flynn. It covers similar territory, a “dark, psychological thriller about a broken marriage,” as the Times described it.  Like Gone Girl, it’s told in alternating “Him” and “Her” chapters. I only got 100 pages into Gone Girl before I put it down. I saw Gillian Flynn speak at the Key West Literary Seminar this year (on “The Dark Side: Mysteries, Crime and the Literary Thriller”). She was very bright, and articulate in her defense of writing “bad women,” women who can be evil, mean, bad, or selfish–though honestly, plenty of other authors since time immemorial have plowed that ground. I found Gone Girl smart and well-written, but it just didn’t interest me. I wonder if it has something to do with age. Flynn is in her forties (and looks about thirty) and Harrison was 65, having worked on The Silent Wife for ten years. Or maybe my preference for SW had to do with GG being written in first person, and SW in third, with a knowing, authoritative narrative voice, which interested me technically (more on this in a moment).  For whatever reasons, I found The Silent Wife far more fascinating and accomplished, and more mature, than what I read of Gone Girl. 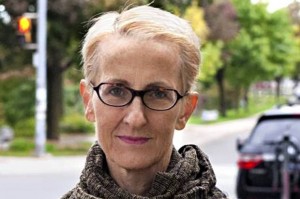 Susan Angela Ann Harrison (she used initials to disguise her gender) had previously written a porn novel with the artist AA Bronson which was quickly banned when it was published in 1970.  Her 1974 book, Orgasms, was a series of interviews with women speaking frankly about their sexual climaxes. (In my commitment to researching an author thoroughly (wink), I tried to order Orgasms  but alas, it’s out of print.)  Harrison collaborated on two other non-fiction books, one about striptease, experimenting with it herself, and another involving case studies in psychotherapy titled Changing the Mind, Healing the Body. She also wrote Zodicat Speaks, a guide to feline astrology.  Her friend, the author Susan Swan, said of Harrison, “She deconstructed prettiness.  She wanted to be larger than life, and she was.”  Swan’s daughter, Samantha Haywood, a neophyte agent, took her on as a client in 2004.  For the next decade, Harrison’s work was repeatedly rejected. But she kept at it, telling herself to “write better, Susan,” and donning industrial earmuffs to keep out noise.

What’s not to love—and admire—about her!

I was captivated by The Silent Wife from the opening paragraphs.

It’s early September. Jodi Brett is in her kitchen, making dinner. Thanks to the open plan of the condo, she has an unobstructed view through the living room to its east-facing windows and beyond to a vista of lake and sky, cast by the evening light in a uniform blue.  A thinly drawn line of a darker hue, the horizon, appears very near at hand, almost touchable. She likes this delineating arc, the feeling it gives her of being encircled. The sense of containment is what she loves most about living here, in her aerie on the twenty-seventh floor.

Notice how we’re placed inside the point of view of the character, Jodi, but there is also a narrative voice that is beginning to describe her psychologically.  Certain words—”encircled,” “containment”—seem suggestive of more than the physical landscape.  There is a distance in the narration, created partly by the use of her full name, as opposed to just “Jodi is in her kitchen . . .”  We hear a voice that is not Jodi’s but the narrator’s, who is taking care to select the precise details to begin to build not only the external world but Jodi’s interior one.

At forty-five, Jodi still sees herself as a young woman. She does not have her eye on the future but lives very much in the moment, keeping her focus on the everyday.  She assumes, without having thought about it, that things will go on indefinitely in their imperfect yet entirely acceptable way. In other words, she is deeply unaware that her life is now peaking, that her youthful resilience—which her twenty-year marriage to Todd Gilbert has been slowly eroding—is approaching a final stage of disintegration, that her notions about who she is and how she ought to conduct herself are far less stable than she supposes, given that a few short months are all it will take to make a killer out of her.

Brilliant. Here the third-person limited omniscient narrator (limited to Jodi, not going into anyone else’s perceptions or psyche, such as an unlimited omniscient narrator could and would) tells you the whole story. We learn that Jodi will be transformed into a killer over the course of the book, so the plot becomes not “what will happen,” but “how does this happen”– much more psychologically enticing. I’m hooked as a reader, both psychologically and technically. I’m in cahoots with this all-knowing, cool, sophisticated narrator who knows more about Jodi than Jodi will ever know about herself. It’s as if we—the narrator and I—make eye contact over Jodi’s head. This narrator, having been established so authoritatively early on, can now arc over the book, with a voice that can “tell” the story in a way that is more shaping and knowing than just having Jodi live through it experientially. This narrative voice is an example, albeit an extreme one, of what I often try to teach writing students, which is the use of a limited omniscient narrator who can both show and tell the story.

In the second chapter, a “Him” chapter after the opening “Her” chapter, Todd takes center stage.  Here the point of view is more centered in him, without the narrator commenting so directly about the character. “He likes getting an early start, and over the years he’s pruned his routine down to the fundamentals.  His shower is cold, which kills the temptation to linger, and his shaving gear consists of canned foam and a safety razor. He dresses in the semidarkness of the bedroom while Jodi and the dog [who is named Freud!] sleep on . . .”

Todd is a serial philanderer but Jodi accommodates his behavior as long as he doesn’t bring it home:

It simply doesn’t matter that time and time again he gives the game away, because he knows and she knows that he’s a cheater, and he knows that she knows, but the point is that the pretense, the all-important pretense must be maintained, the illusion that everything is fine and nothing is the matter. As long as the facts are not openly declared, as long as he talks to her in euphemisms and circumlocutions, as long as things are functioning smoothly and a surface calm prevails, they can go on living their lives, it being a known fact that a life well lived amounts to a series of compromises based on the acceptance of those around you with their individual needs and idiosyncrasies , which can’t always be tailored to one’s liking or constrained to fit conservative social norms.

But as the novel opens, Todd is changing the terms of their relationship.  He has fallen for a college student, the daughter of his best friend, a hot girl who makes him feel young, virile, and who lifts his depression.  Naturally, Natasha becomes pregnant (and Todd wants a child, though Jodi didn’t), injecting her own agenda into the mix.  Todd, though admittedly led around by the nose (or another body part), is written with complexity and depth, as opposed to just being portrayed as a scoundrel.  Some readers may view him as such, but I found both Jodi and Todd fully and deeply realized as “real,” believable people, with complex desires, motives, back stories, and unconscious motives as well as conscious ones, swept along by needs and emotions they can’t control or understand.  A novel like The Silent Wife lets us see what lies behind lives that seem, on the surface, inexplicable.  Be sure to read carefully when you get to Chapter Twenty-five.

One of the fascinations with the novel is to see the same relationship and situation from two totally different perspectives—his and hers. How often in life we wish we could know the mind of someone with whom we’re embroiled, whose thoughts, feelings and experiences, despite some stabs at communication, remain a cipher to us. At one point in the story, after Todd has left Jodi and moved in with Natasha, Jodi invites him back “home” for dinner. She sees it as a chance to reunite with him, and indeed, after dinner they make love. “I’ve missed you,” he says. “I’ve missed coming home and I’ve missed getting into bed with you and I’ve missed waking up beside you—and all I can say is that I must have been out of my mind to think I could give you up.”

And he means it when he says it–in the moment.  But for him it is just a moment.  For her it means something; she reads into it. “The way it worked out [inviting him to dinner] she couldn’t have wished for a more idyllic coming together, a more gratifying renewal of their bond.” She expects that they will reunite.

The next day, Jodi is advised by Todd’s lawyer’s secretary that she needs to get a good divorce lawyer.  Soon after, she is informed that Todd is going to exercise his legal right to make her vacate the apartment that has been her home for twenty-something years—that contained sanctuary we learned about in the first paragraph. The outrage and pain she feels will push her towards murder.

The Silent Wife is not only psychologically and technically deft, it’s a riveting page turner.  It has the requisite plot twists and turns, but it is far better than your average “thriller.” It goes well below the surface to give us insight into why two apparently nice, normal, functioning people (I should note that Jodi is even a psychologist who counsels others) are coming apart at the seams.  A.S.A Harrison did herself proud with this book.  It’s a shame that we won’t see another from her.