Tony Earley and “Jack and the Mad Dog”

As soon as I saw that Tony Earley had a short story in the October 1, 2012 issue of The New Yorker, I sat right down and read it.  This was An Occasion for me.  I’m a big Tony Earley fan, based on two of his books: Jim the Boy, a novel published in 2000, and Somehow Form a Family: Stories That Are Mostly True, 2001, a collection of autobiographical pieces about his Southern upbringing.  I love his writing, which is lyrical, full of wonderful Southern details familiar to me, and deceptively simple.  He grew up in the foothills of North Carolina, I in the foothills of South Carolina.  He teaches at Vanderbilt.

When I read Jim the Boy, I was amazed at its sweetness and simplicity.  It’s a coming of age story about a ten year old boy in 1934 in North Carolina.  The prose was honed to perfection in a way that few writers can attain.  I no longer have a copy of it, but Jim the Boy came back to me with a jolt of deep pleasure when I saw his name in The New Yorker.

Here’s a sample of his writing from Somehow Form a Family:

In July 1969, I looked a lot like Opie in the second or third season of The Andy Griffin Show. I was a small boy with a big head.  I wore blue jeans with the cuffs turned up and horizontally striped pullover shirts.  I was the brother in a father-mother-brother-sister family.  We lived in a four-room house at the edge of the country, at the foot of the mountains, outside a small town in North Carolina, but it could have been anywhere.

In July 1969, we did not have much money, but in the hierarchy of southern poor, we were the good kind, the kind you would not mind living on your road. We were clean.  Our clothes were clean.  My parents worked.  We went to church.  Easter mornings, Mama stood us in front of the yellowbell bush and took our picture.  We had meat at every meal—chicken and cube steak and pork chops and ham—and plenty of milk to drink.  We were not trashy.  Mrs. White [a neighbor] would not sit with her ashtray in the kitchen of trashy people.  Trashy people lived in the two houses around the curve past Mr. Harris’s.  When Daddy drove by those houses we could see that the kids in the yard had dirty faces. They were usually jabbing at something with a stick.  Shelly and I were not allowed to ride our bicycles around the curve.

“They were usually jabbing at something with a stick” is an irresistible sentence to me. How simple this writing appears, as if we’re hearing a child or a simple man.  But the rhythm of the sentences, the perfect, precise selection of detail, and the acute sense of this world are most definitely sophisticated.

This autobiographical “mostly true” story is about how growing up in this family, Earley watched TV all the time. It catalogues TV shows he watched, and builds through this extended metaphor of watching TV as a substitute for living, or a retreat from living.  Towards the end there’s a tragic event which is downplayed, almost so that you could miss it. I was fascinated by this narrative choice.  Other writers would make it the centerpiece, but Earley came at it slant.

In the Introduction to Somehow Form a Family, Earley muses on the nature of memory and imagination in the writing of fiction and nonfiction.  He tells how one of the most vivid memories of his childhood was studying the moon through a surveyor’s transit with his father and sister when Neil Armstrong landed there in 1969.  When he wrote about it thirty years later, he described how the full moon was almost too bright to look at.  When a magazine fact checker told him that the moon that night had actually been a waxing crescent, at first Earley didn’t believe it.  He was confronted with “a memory so strong I was sure it had to be true, and on the other hand with an objective truth significantly different than what I remembered.  At that moment I came to understand, if not embrace, the true nature of the phrase creative nonfiction.”

He goes on to say that whenever he writes about that boy looking at the moon, he is “conjuring him—making myself up—as much as I would any ‘fictional’ character. Memory and imagination seem to me the same human property, known by different names.  Clark Kent and Superman are, after all, the same muscular guy; the only difference between them lies in how they are packaged and perceived.”

Not all memoirist or creative nonfiction writers will buy this.  They would fact-check the moon to get things factually right, but I like Earley’s take.  He’s admitting the autobiographical pieces he’s writing have something in common with fiction, given the fallibility of memory, which blurs into imagination.  I like his distinction that what he’s writing in Somehow Form a Family are mostly true stories, rather than something forced into either a memoir or fiction straightjacket.

While it is necessary for our sanity to keep the line between fiction and nonfiction clearly drawn, that particular boundary, as with the boundaries between nations, is more arbitrary than we might care to think. Good novels and short stories are most often praised as ‘true’ by critics, while successful memoirs are invariably compared to novels. The personal essayist recounting a conversation he participated in twenty-five years ago (as I do several times in this book), and the short story writer making up a conversation between fictional characters are basically engaged in the same exercise.  Both are taking subjective human experience and converting it into narrative.

Most readers know and appreciate that. They accept the “creative” aspects of creative nonfiction, not in the changing of facts, but in the mutability of memory and the shaping of story. 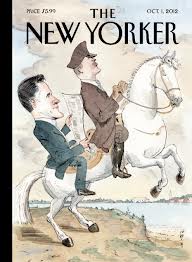 Earley’s New Yorker story is called “Jack and the Mad Dog, and it is a treat!  It’s so great to read a story where the writer is having fun, mixing up a lot of elements, which definitely keeps a reader entertained and on her feet.  From the opening lines you’re thrown a little off balance, unsure if you’re reading about Jack of Beanstalk fame or a Southern country boy waiting in a briar patch to have at the farmer’s wife, who accommodates the local lads by bending over the tractor for $4.00.  Pretty soon there’s some light metafiction thrown in, then here comes a mad dog who talks, and before we know it  we’ve wandered into a fairy tale complete with the heaving bosoms of maidens:

The twins stared at Jack until he blinked. Then he looked at their chests. He tried not to, but he did.  And there they were, maiden bosoms.  Heaving.  Swelling.  Tumescent.  The ripe pomegranates of the Old Testament. The top buttons of the girls’ dresses strained nobly to restrain them.

Jack thought, Day-um.  He thought, God Almighty, italics his.  He felt his manhood stirring. Or his loins.  He could never tell them apart.

Hilarious, sexy, irreverent, playful, the story is chock-full of delicious sentences.  Like these, for example, as Jack squats in the blackberry bushes hoping the farmer’s wife will throw a rock in his direction, her signal that she’ll let him have a go:

As Jack waited in the briars, on a spot in the dirt worn bare by other waiting farm boys, the not quite ripe blackberries plain against the less black sky, and the summer air as close and fetid as the breath of a cat, he tried not to think about the whore-flung meteorite that might at any moment drop out of the sky and render him senseless.  He waited and drank odd-tasting white liquor out of an indifferently washed Mason jar until he came into a cloudy, metallic, buzzy-headed drunk.

In an interview, Earley says the origins of the story were a true family story, in which his Uncle Marion got bit by a dog that he grabbed by the head and threw into the creek, and had to run through a cornfield to get to the house.  He said he tried for years to tell the story straight, but felt the equivalent of “so what,” until one day, for unknown reasons, Jack of the folk tales showed up in his head and told him to step aside and let him handle the story.  At that point the dog began to talk.

There’s no explaining. . .or manufacturing. . . a creative spark like that.