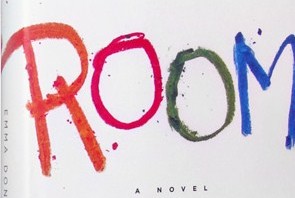 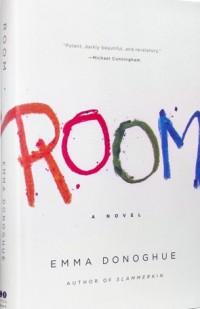 The novel must be based on the real life story of Jacyee Dugard, who was kidnapped at eleven from a bus stop near her home in California and held for eighteen years,  suffering constant sexual abuse and isolation for many of those years, and bearing two children by her kidnapper.  I watched the Diane Sawyer interview with Dugard, and I am currently #276 on the list of 802 requests at the library for Dugard’s aptly named memoir, A Stolen Life, which is high on the NYT best seller list.  I realize there is a voyeurist element to wanting to know about this experience, but beyond that, for me and obviously many others there is a fascination with how someone survives such a total assault on identity, self and will.  I was amazed by Dugard in the interview.  I don’t know what I expected–someone insane, pathetic or broken?  A total mess?   But she came across as normal, intelligent, thoughtful, and from what I could tell, pretty okay.  One thing that particularly interested me was her determination to tell/write her story.  It is the impulse of many memoirists – to take control of an experience, to hold it out there instead of inside, to see it for what it is and have others see it as you do.  I will be curious to read her memoir, not just to see what that unimaginable experience was like, but how she has processed what happened to her and what she makes of it now.

Room, Emma Donoghue’s novel,  is written from the perspective of the five year old son of a woman, who, like Dugard, has been kidnapped, in her case at 19, and held in an 11 X 11 soundproof room by a sexual predator for the past seven years.  During that time she has given birth, by herself, to Jack, the irresistible, charming, precocious narrator of the novel.  All he knows of the world is that one small space, which he calls Room, just as he names and befriends the other limited objects and items available to him and his mother– i.e. Rug, Stove, Under Bed, and Wardrobe, where Ma sequesters Jack out of sight when she has to endure sexual visits from Old Nick, her captor.  Startlingly to Jack, Ma begins to introduce Outside, which is everything outside their room, the larger world, which he has no concept of.  They have a TV, which is Jack’s only exposure to everything outside of Room, and he can’t quite grasp that what his mother describes is different or real in a way TV isn’t. He tries to sort out what he has no direct experience of: “Bunnies are TV but carrots are real, I like their loudness…Mountains are too big to be real, I saw one in TV that had a woman hanging on it by ropes.  Women aren’t real like Ma is, and girls and boys not either.  Men aren’t real except Old Nick, and I’m not actually sure if he’s real for real.  Maybe half?”

Jack’s mother has established a highly creative, stimulating environment for him within Room, and he’s a happy kid, constantly entertained and educated by Ma, who strives mightily to keep things as lovely and “normal” for Jack as she can.  We see Ma only through Jack’s perspective, but from our adult knowledge we grimace at what life is like for her: to be locked in 24/7 with her bright, inquisitive child whom she loves beyond life, whom she strives to protect from the ugliness and grimness of their situation and to have to be everything for him, while living in fear that Old Nick will punish her for so-called transgressions by turning off their heat or denying them groceries.  Excruciating.  And yet the book is not grim, thanks to the delightful persona of Jack, for whom the world, even in one room, is full of exciting, interesting experiences, and the total, constant love of his mother.

Stop reading here if you don’t want to know the plot. But I don’t think knowing the barebones of what transpires will spoil the book for you.  Suffice it to say that Ma and Jack escape Room (unbelievably, but so what; it’s necessary for the book) and then we get Jack’s experience of the actual, real Outside, which is like being dropped out of the womb when you’re five into Mall of America.

The first third or so of the book is Jack and Ma in Room, and the last two-thirds, I’d say, are in Outside.  To me the book would have benefited from some judicious editing in the last third.  It’s as if the author and editors (and perhaps many readers) are so enthralled with Jack and the way he views everything familiar to us but totally mind-blowing to him that they can’t stop.  It begins to feel like you’re locked in with a five year old, and a fatigue factor set in for me. Jack’s experiences, observations, feelings and thoughts are all clever, original and creative, but too much of a good thing for 321 pages.  The ending is moving and works, but I could have gotten there about 50 pages sooner.

One of the most poignant motifs  in the book is how Jack keeps his mother’s tooth in his mouth when he has to be separated from her in Outside.  Ma has had no dental care in Room, suffering intensely there from a  toothache.  Once in Outside, when the tooth is extracted, Jack saves it and sucks on it to comfort himself in her absence: “I suck on Tooth that’s Ma, a bit of her anyway, her cells all brown and rotten and hard.  Tooth hurted her or he was hurted but not anymore. Why is it better out than in?  Ma said we’d be free but this doesn’t feel like free.”  One of the triumphs of the book is the depiction of the amazing mother-child bond.

You can probably see from this passage that Jack’s voice is a mixture of toddler syntax, childish understanding, and adult perceptions overlaid by the author.  Sometimes this works, sometimes it doesn’t.  It’s sometimes annoying to see the author’s manipulation of what Jack knows or perceives.  But by the end of the book you may find yourself talking like Jack:  “Why Room too long?  Why you want cut Room?  Room hurted if you cut.”

A  novel Room brought to mind was Jonathan Safer Foer’s Everything is Illuminated, not because of anything in common related to subject matter, but because both novels do such original, creative things by fracturing the English language. Here’s Foer’s opening sentences: “My legal name is Alexander Perchov.  But all of my many friends dub me Alex, because that is a more flaccid-to-utter version of my legal name.”   Foer’s Ukrainian guide and translator’s command…if you can call it that…of English is hilarious.  I remember how exciting and invigorating it was to read the mangled and charming way he expressed himself in a non-native tongue.  Jack in Room is another narrator whose evolving English, as well as view of the world, captivates us and makes us see our own world anew.

To see the Diane Sawyer interview with Jaycee Dugard, go to: http://abcnews.go.com/US/jaycee_dugard/jaycee-dugard-interview-diane-sawyer-future-surviving-philip/story?id=14040269