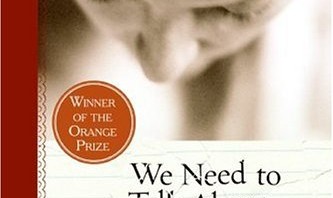 We Need To Talk about Kevin (and how!)

Now that I’ve read We Need to Talk about Kevin, I understand better why Lionel Shriver’s initial agent (I posted about this on October 5, under “A Cautionary Agent Tale”) refused to try to sell it.  But I’m not willing to let that agent off the hook.  Not by a long shot.  I think it was terrible judgment, not just in hindsight because the novel became such a success (and is now a movie) but because the book has such brilliant writing, exceptional characterizations, and mesmerizing power.  I can pretty much promise you will not forget Kevin, or the novel.  It’s like a burning ember that falls on your skin and leaves a scar there.  Searing is the word that comes to mind.

Kevin, the almost sixteen year old son, makes your run of the mill psychopath look like Jesus Christ.  He is so far along on the continuum of BAD that he falls off the edge, into a whole other category altogether.  And apparently he’s been this way since birth.  He is characterized as having an innate antipathy towards life, his own and others.  Masterfully manipulative and apparently without any of the normal human tools that allow people to relate, understand and empathize with one another, he is one of the most fascinating, complex, intelligent and amoral characters you will ever meet in fiction, though hopefully never in life.  It’s truly a tour de force characterization.

He is pitted against his mother, Eva, who wants to feel maternal love towards him, but who is absolutely unable to, again from the moment of his birth.  Ambivalent about getting pregnant, she gets Kevin.  She has her own brilliant talent for seeing the truth about Kevin, while her husband, Franklin, can only see him through rose-colored glasses.  This makes for a somewhat absurd and to some extent annoying dichotomy, which is worked throughout the book: Eva sees Kevin as doing no right, Franklin sees him as doing no wrong. But Eva is correct: the incidents and anecdotes that dramatize Kevin’s maliciousness are so vivid, original and convincing as to make the hair on the back of your neck stand on end, the way it does when a predator is near.  One of the novel’s weaknesses is that Franklin is portrayed as stupidly blind and naïve (yet Eva keeps insisting on how much she loves him—unlikely, given that Eva suffers no fools). But the whole book is structured around these two parental views of Kevin, and to modulate either one would be to wreck the whole thing.

Kevin is an epistolary novel, letters written by Eva to Franklin after Kevin’s final, catastrophic crime.  She is looking back to try to understand what went wrong, her own culpability, as well as Franklin’s, and to fill him in on the present as she visits Kevin in the juvenile prison where he is incarcerated.  Eva’s voice and persona are amazingly layered, textured, dense and complex.  A world traveler who has created a successful low budget travel book company, she’s a caustic, acerbic, articulate personality full of highly intelligent, take no prisoner opinions about just about everything. She takes honesty to a new level, where most of us don’t want to go.  To put her in juxtaposition to Kevin is a match made in hell.  The negative dynamism between them drives the novel powerfully and relentlessly.  It’s not always convincing that Eva would fail to act when confronted with the truth about Kevin, but her voice and personality carry the book like a force of nature.  She traces Kevin’s development from birth to the present, and each episode of his malice is spellbinding in the way evil can be.

Here is Eva describing how she experienced Kevin at birth and thereafter: “…I could immediately discern a dominant emotional tone, like the top note of a chord or the foreground color of a canvas.  In Kevin, the note was the shrill high pitch of a rape whistle, the color was a pulsing, aortal red, and the feeling was fury.  The shriek and pump of all that rage was unsustainable, so as he grew older the note would descend to the uninflected blare of a leaned-on car horn; the paint in his foreground would gradually thicken, its hue coagulating to the sluggish black-purple of liver, and his prevailing emotion would subside from fitful wrath to steady, unabating resentment.”  Here is a writer in full command of her material and her talent.  Line by line for 400 pages it is amazing stuff.

I am left to ponder a bit the poor beat-up agent at this point.  Why did she have such cold feet regarding this novel?

What about how brilliant it is?  That should count for something.

P.S.  Thanks to Richard Gilbert, one of my favorite literary bloggers over at http://richardgilbert.wordpress.com/about/, for bringing to my attention the following link on Shriver and Kevin: http://www.guardian.co.uk/film/2011/may/17/lionel-shriver-we-need-talk-kevin